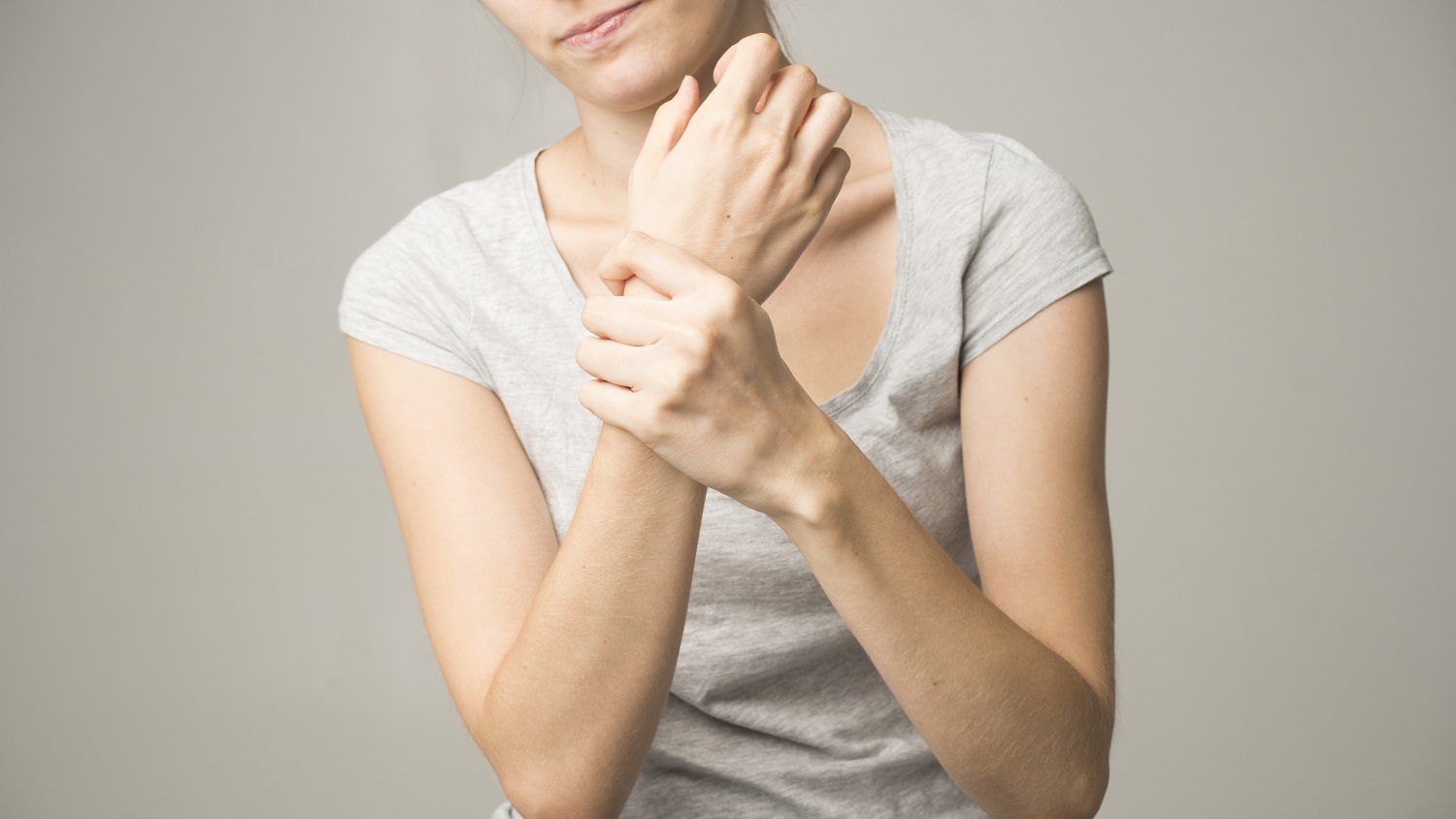 What is Parkinson’s disease?

Parkinson’s disease (PD) is a progressive disorder of the central nervous system caused by nerve cell damage in the brain. It affects movement, including loss of balance, stiffness, and tremors. PD affects no two patients in the same way. There is no cure but medications can help control PD’s symptoms for the more than 200,000 new cases diagnosed annually in the United States.

The direct cause of PD is unknown. It occurs when nerve cells (neurons) in the brain gradually break down or die. Many of PD’s symptoms are due to a loss of the neurons that produce dopamine. Dopamine acts as a messenger in your brain. When dopamine decreases it can cause impaired movement and other symptoms.

Although the cause is unknown, several factors are linked to PD, including:

Gene mutations that can cause PD have been identified, but they are rare.

Environmental toxins may increase PD risk, such as long-term exposure to herbicides and pesticides, but the risk is very small.

Changes in the brains of PD patients include the presence of Lewy bodies (clumps of substances) in brain cells that are markers for PD.

Runs in families. Your risk increases if you have a close relative with PD, or have many blood-relatives with PD. Up to 15% of PD cases are hereditary.

Additionally, we know that men develop PD more often than women, and the risk of developing PD increases with age. It generally begins in middle-age to late life.

In the early stages of PD, the symptoms may be so mild that they’re unnoticed. PD patients have many different symptoms, and the disease progresses differently in each patient. Symptoms start on one side before they eventually affect both sides of the body. Symptoms remain worse on the side where they began.

A slight tremor in one hand is usually the first symptom that patients notice. The shaking usually begins in the fingers or hand. It may shake even at rest. Rubbing the thumb and forefinger back and forth is another kind of tremor called “pill-rolling.” In most cases, PD symptoms develop slowly over years.

Other symptoms can include:

Slowed movement (bradykinesia) can cause arms not to swing when walking, footsteps become shorter, and feet can drag when walking. Difficulty getting out of a chair, and simple tasks become difficult and slow.

Stiff, rigid and painful muscles can occur anywhere in the body, limiting range of motion; can include difficulty writing or very small handwriting (micrographia).

Automatic movements may be lost such as blinking, smiling, swinging arms while walking.

Swallowing problems, causing saliva to accumulate in the mouth and drooling.

Changes in speech, including a low soft voice, slurred or quick speech, monotone voice without inflections.

Dementia, loss of cognitive (thinking) abilities, and confusion usually in the late stages of PD.

Mental health issues, including depression, anxiety, loss of motivation, fear and other emotional changes. May include loss of interest in sex.

Sleep problems can include waking frequently at night, waking up early, falling asleep during the day, or acting out dreams during sleep.

Constipation is common due to slowed digestion.

Blood pressure can drop when you stand due to a sudden drop in blood pressure (orthostatic hypotension), causing dizziness.

Loss of smell or problems identifying the difference between odors.

Fatigue is common later in the day.

Pain can be localized or throughout the body.

How is Parkinson’s disease diagnosed?

Diagnosing PD, especially in the early stages can be difficult. There is no specific test to diagnose it. Your doctor may refer you to a specialist in the nervous system (neurologist) to review your symptoms and conduct a neurological exam. A diagnosis cannot be made unless two of the four main symptoms are present over a period of time. These four symptoms include shaking or tremor, slowness of movement, trouble with balance, and stiffness or rigidity of the arms, legs or trunk.

The neurologist may use these diagnostic tools to support a PD diagnosis:

Blood tests can rule out other conditions that have symptoms similar to PD.

Prescribing a PD medication (carbidopa-levodopa, or Rytary, Sinemet, and others) at a large dose. If the patient shows significant improvement in symptoms, it can confirm a PD diagnosis.

How is Parkinson’s disease treated?

Treatment is based on the individual patient’s symptoms. A number of medications can target and significantly reduce symptoms. The work by substituting for or increasing dopamine. It is the lack of sufficient dopamine in the brain that causes most PD symptoms.

While medications can initially reduce or improve symptoms, their benefits frequently diminish somewhat, or become less consistent over time. Medications cannot slow or stop the progression of PD.

Carbidopa-levodopa, the most effective, passes into the brain where it’s converted to dopamine. Side effects may include nausea, lightheadedness, and an eventual reduction in its benefits. Some people have involuntary movements (dyskinesia) when taking higher doses, but dosages can be adjusted to control this.

Carbidopa-levodopa infusion is given through a feeding tube that delivers it directly to the small intestine. Infusion is continuous to keep the blood levels of the two drugs constant. Feeding tube placement requires a minor surgery. Side effects include the tube falling out or an infusion site infection.

Dopamine agonists mimic the effects of dopamine, instead of supplying dopamine to the brain. Although not as effective, dopamine agonists last longer and can be used with levodopa to provide more consistent symptom relief. Side effects are similar to those of carbidopa-levodopa. Other side effects can include hallucinations, sleepiness, and compulsive behaviors (hypersexuality, gambling, eating).

Monoamine oxidase B (MAO B) inhibitors help prevent the breakdown of dopamine in the brain by inhibiting the brain enzyme MAO B. This enzyme metabolizes brain dopamine. Side effects can include headaches, nausea, insomnia, or hallucinations if taken with carbidopa-levodopa.

Catechol O-methyltransferase (COMT) inhibitors can prolong the effect of levodopa by blocking an enzyme that breaks down dopamine. Side effects are increased risk of dyskinesia, diarrhea, nausea, or vomiting.

Anticholinergics used to be prescribed to help control tremors. Their side effects include impaired memory, confusion, hallucinations, constipation, dry mouth, and problems with urination.

Amantadine is prescribed for short-term relief of symptoms in mild, early-stage PD. It’s also prescribed in late-stage PD to control dyskinesia. Side effects may include a purple mottling of the skin, ankle swelling, and hallucinations.

Other PD treatments may include:

Surgical procedures can regulate certain regions of the brain to improve symptoms. Deep brain stimulation (DBS) uses implanted electrodes in the brain that are connected to a generator implanted in the chest. It sends electrical pulses to the brain that can reduce symptoms. Benefits of DBS include stabilizing medication fluctuations, reducing or stopping dyskinesia and slowed movement, and reducing tremor and rigidity. Surgical risks include infection, stroke or brain hemorrhage. DBS is used with advanced PD patients who have an inconsistent response to levodopa.

Physical therapy can help with balance, muscle strength and flexibility.