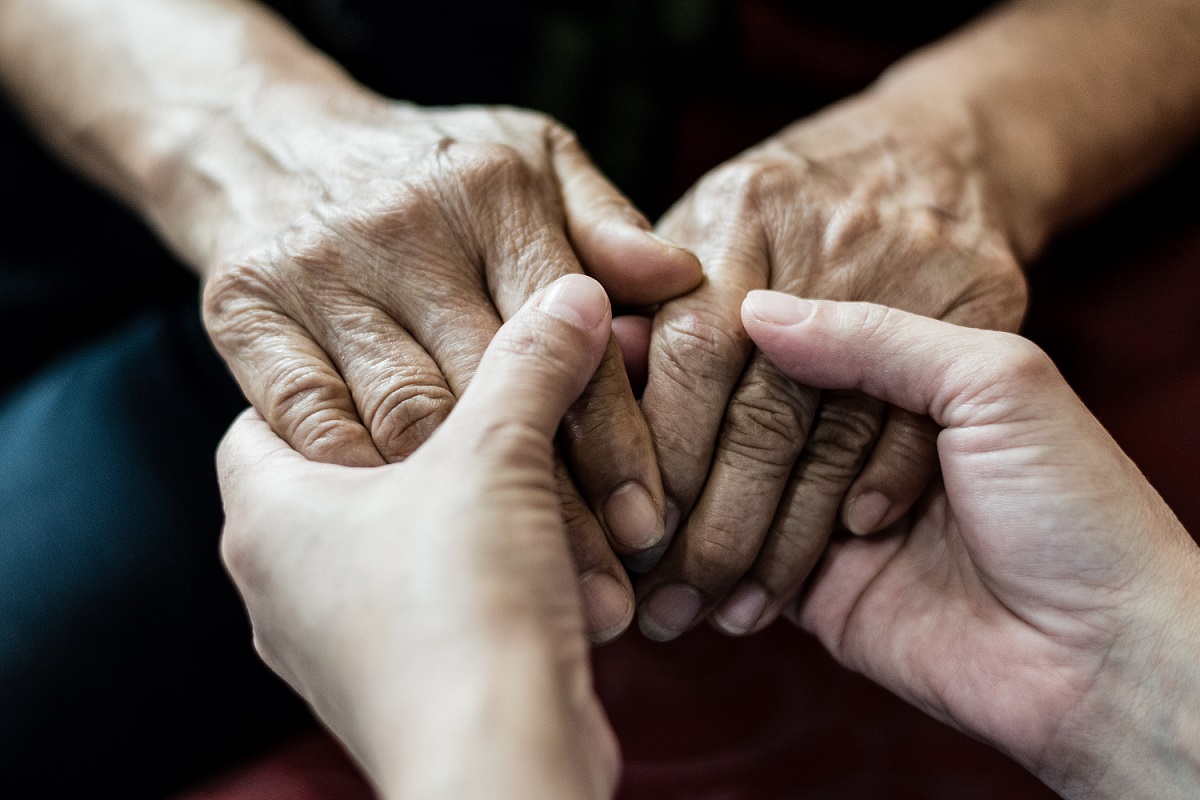 What is Alzheimer's disease?

Alzheimer’s (ALZ-hi-merz) disease (AD) develops slowly, but it inevitably destroys a person’s memory, thinking and language skills, and the ability to accomplish simple tasks. People with late-stage AD cannot carry on a conversation or respond to their environment in any meaningful way.

The cause of most AD is not known, there is no cure, and dementia is not reversible. Some medications can slow symptoms from progressing. AD is a progressive disease, with symptoms getting worse with time, including the ability to live independently.

Eventually, AD is fatal. It’s the sixth leading cause of death, but the third leading cause of death for older people. AD patients live an average of four to eight years after diagnosis, but some can live as long as 20 years with the disease. Although AD is not part of the normal aging process, most AD patients are older. This is called late-onset AD. Early onset AD begins before the age of 65, even affecting people as young as 30s or 40s.

Is Alzheimer’s disease the same as dementia?

Dementia is a more general term for the loss of ability to think, remember and reason (cognitive function) to the extent that it limits daily life and activities. Dementia ranges from mild symptoms at the beginning of the disease, to complete dependence on others to provide basic activities of daily living. Many diseases have dementia as a symptom, including AD, Lewy body dementia, vascular dementia, and frontotemporal disorders. However, AD causes 60-80% of dementia.

While the exact cause of most AD is unknown, it is believed to be caused by a combination of genetic, environmental and lifestyle factors. Key features of AD are complex changes in the brain that may be closely related to the formation of abnormal clumps of tissue (beta-amyloid plaques) and tangled bundles of fibers (tau tangles). These toxic brain changes can begin 10 years or more before AD symptoms develop. Most experts believe that the development of amyloid and tau play an important role in blocking communication among the brain’s nerve cells and disrupting processes that cells need to survive. The nerve cells (neurons) stop functioning, or lose their connections to other neurons, and die. Neurons carry messages between parts of the brain, and from the brain to muscles and organs.

Other, less well understood changes also occur in an AD patient’s brain. A genetic mutation is believed to cause, or be closely related to, early onset AD. If a family member has AD, your chances of developing it are increased. Early onset AD is rare, comprising only 10% of all AD cases.

A specific gene that causes late-onset AD has not been identified. However, having a form of the apolipoprotein E (APOE) gene increases a person’s risk of developing AD and at a younger age. More research is needed on the APOE gene. Having this gene does not mean the person will develop AD, and some people without APOE develop AD. Other genetic mutations are associated with AD. Most people with Down syndrome develop AD, and this may be because they have an extra copy of chromosome 21. This chromosome contains the gene that generates AD’s signature amyloid plaques.

Damage caused by AD occurs in parts of the brain (hippocampus and entorhinal cortex) that are essential to the formation of memories and learning. As the disease progresses and more neurons die, other parts of the brain are affected and start to shrink. These brain changes are irreversible. By the final stage of AD, the brain has significantly decreased in size.

Brain changes related to aging can harm brain cells and neurons. These changes include: parts of the brain shrink (atrophy), inflammation, damage to blood vessels, production of free radicals (unstable molecules inside the body), and a loss of cells’ ability to produce energy.

AD research is also focused on the connection between brain deterioration and conditions such as heart disease, stroke, high blood pressure, diabetes and obesity. One theory being studied in clinical trials is that decreasing these very common diseases associated with aging may also decrease the risk of AD. That’s why advice about preventing AD includes encouragement to eat a balanced and nutritious diet, get regular physical activity, and maintain social connections and regular interactions with others.

What are the symptoms of Alzheimer's disease?

Symptoms are progressive and may include:

People react differently to AD’s early brain changes or damage. Some memory problems may be a condition called mild cognitive impairment (MCI). It can be diagnosed as having more memory problems than other people the same age. They may lose things more often, forget events or appointments, struggle to find the correct word for something, forget names, have movement difficulties, and problems with the sense of smell. People with MCI can still take care of themselves and accomplish their normal daily activities. They have a greater risk of developing AD, but not all of them do so.

As the disease progresses, patients with moderate AD have worsening problems with language, reasoning, correctly identifying sounds and smells, confusion, and recognizing family and friends. They’re unable to learn new things or accomplish multi step tasks. They may begin to act impulsively, and have hallucinations, delusions and paranoia.

With severe AD, patients can no longer follow a conversation, interact with their environment or other people, and have to rely on others for all their care and normal daily routine. Near the end of life, they may stay in bed most or all of the time as the body shuts down.

How is Alzheimer's disease diagnosed?

To determine if a person with memory problems has AD, doctors use several methods, including:

Advances in brain imaging are letting researchers see the development and spread of abnormal amyloid and tau proteins in the living brain, as well as changes in brain structure and function. Scientists are also studying the early changes in the brain and body fluids that can occur years before AD symptoms appear.

It’s important to talk with your doctor if you’re having any of the symptoms listed above. Getting an early diagnosis permits early treatments to begin, as well as helping the family plan for the future. Because AD is progressive and irreversible, it’s important to take care of financial and legal matters, establish a living will, address future living arrangements and caregiving, and develop support networks.

Are there any treatments for Alzheimer's disease?

AD treatments focus on maintaining brain function, treating the underlying biological disease process and managing behavioral symptoms. There is no cure for AD; no treatment can restore lost memories or cognitive function.

The U.S. Food and Drug Administration (FDA) has approved the drug aducanumab for use with AD patients. The FDA gave it accelerated approval because, as the first drug to address the biology of AD, it may slow the progression of AD symptoms. It works by removing amyloid deposits from the brain, with the reasonable likelihood that it will reduce cognitive and functional decline. It was tested on AD patients in the early stages of the disease and in patients with MCI. To increase its effectiveness, aducanumab should be given as soon as symptoms begin to have an impact on daily life. The FDA’s accelerated approval process requires additional testing to confirm the anticipated benefits. The FDA can withdraw the drug if it fails to produce the expected results. Test results are not expected until 2030.

Other medications can temporarily show the worsening of symptoms and behavior problems, and improve quality of life for AD patients. They work by regulating neurotransmitters, the chemicals that transmit messages between the brain’s nerve cells. However, they cannot change the underlying disease process and are not effective for all patients. If they are effective, it’s only for a limited time. Donepezil, rivastigmine, and galantamine are used to treat mild to moderate AD symptoms. Moderate to severe AD is treated with donepezil, memantine, the rivastigmine patch, and a combination of memantine and donepezil. Because AD is such a complex disease, researchers think it’s unlikely that one medication will successfully treat all AD patients.

Treating the behavioral symptoms of AD (agitation, anxiety, aggression, sleeplessness) can make the patient more comfortable and make caregiving easier. Providing care and assistance to family members and other caregivers of AD patients is an indirect but very important part of treatment. AD care demands a significant amount of physical, emotional and financial commitment. Teaching caregivers coping skills, helping them develop a support network, and providing respite care (a break from caregiving to help them continue to be caregivers) can greatly improve quality of life.