Moles: causes and when they need treatment here 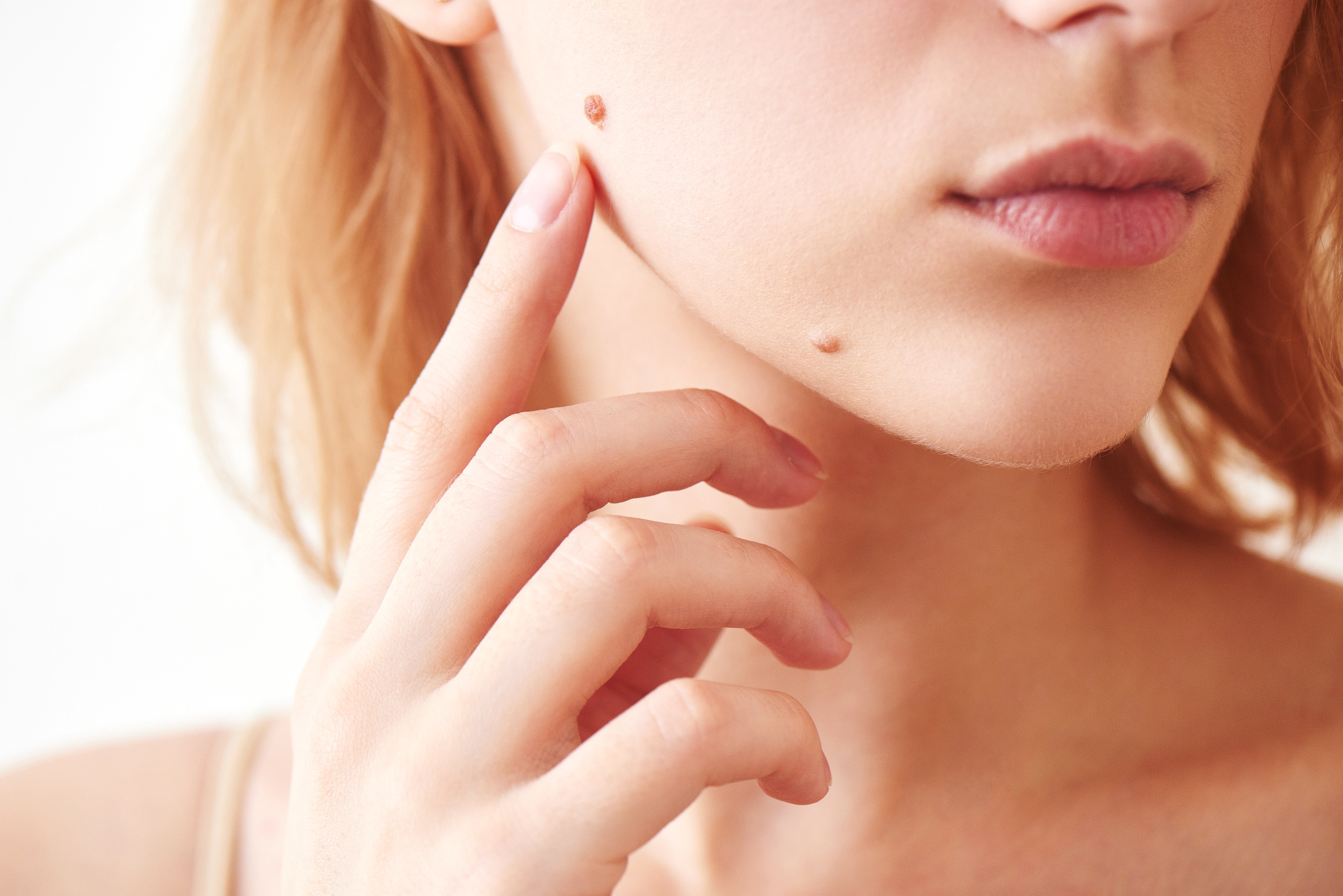 What are skin moles?

Moles are universal - everyone has at least a few. But when new ones grow, or you notice changes in an existing mole, it’s time to see your dermatologist. Moles are the most common type of skin growth, and are usually small, dark brown spots. Moles (the medical term is nevi) are caused by clusters of pigmented (colored) cells. Most moles develop from childhood into the teen years. It’s normal to have 10 to 40 moles by adulthood.

The vast majority of moles (the medical name is nevi) are harmless. However, when new moles appear after age 30, or existing moles change in terms of look, feel, size, itchiness, irritation, bleeding or oozing, they need to be evaluated for melanoma. Although it’s rare, melanoma is the most serious type of skin cancer, and can be fatal. However, it can be treated successfully if diagnosed early.

Do I need to worry about moles?

Not unless you notice a change in a mole or a new mole(s) develops after age 30. Melanoma can develop from a mole.

Are there different types of moles?

There are other skin growths that are similar to common moles, including:

Moles form when certain skin cells grow in a cluster instead of being evenly distributed across the skin. These cells are called melanocytes; they produce the pigment that gives skin its color. Moles can darken with sun exposure, and during pregnancy or adolescence. The average size mole has a diameter smaller than a pencil eraser.

Who’s at risk for complications from moles?

The chief risk of moles is skin cancer. You’re more likely to develop skin cancer if you:

Do moles have symptoms?

Moles can develop anywhere on the body. While most moles are a small brown spot, they can also have a lot of variety. For example:

Moles that should be checked by a dermatologist for melanoma may have one or more of these characteristics:

Moles can cause other discomfort such as snagging on clothing or jewelry and become irritated. A raised mole in an area where you shave can cause you to nick it and it will bleed. If you consider a prominent mole to be a blemish rather than a beauty mark, you may want to have it removed. This can improve your self-confidence and make you feel more comfortable.

Do moles need to be diagnosed?

Your dermatologist can identify moles by looking at them. Checking all the moles on your body regularly is an important part of preventive health care. If any mole looks like it might be cancerous, your dermatologist may recommend a biopsy (remove a small sample of tissue) to make a more accurate diagnosis.

What are the treatment options for moles?

The majority of moles don’t need any treatment. If a mole bothers you or it’s irritated by clothing, you may want to have it removed. It can be done during an office visit. The dermatologist will cut out the entire mole, or shave it off using a surgical blade. Depending on the size, it may need stitches to close the wound and it can leave a permanent scar. After it’s removed, it will be checked under a microscope for cancer cells. If it returns, it could be a sign of melanoma. See your dermatologist as soon as possible.

Never try to remove a mole yourself. If it is skin cancer, some of the cancer cells can remain and spread. You could also scar your skin or cause an infection.

If you need to have seborrheic keratosis removed, it can be done by cutting it off, freezing it (cryosurgery), or burning it off with electric current (electrosurgery).

A skin tag can be removed by cutting it off, or with cryosurgery or electrosurgery.

A letigo can be treated with cryosurgery, laser surgery, or by using topical retinoids or bleaching cream.

American Academy of Dermatology Association. (n.d.). Moles: Who Gets and Types. Retrieved 9-24-21, {https://www.aad.org/public/diseases/a-z/moles-types}

Dr. Siddiqui is the Chief Medical Officer at TeleMed2U responsible for clinical and technical program development as well as maintaining a thriving telemedicine practice in infectious diseases which includes specialized care of Hepatitis and HIV.